In this version, the change process has been renewed, providing an easier usage of the feature. It Is possible to manage the phases of the change in an understandable and uncomplicated way, by concentrating them in an agile management interface.

In this version, the functionality was reshaped in order to make it easier to use, characterized by a more intuitive interaction. The difference of the previous version is presenting a sequence of phases of the Release in a more logical and uncomplicated way, adding resources to organize and improve the management of activities, by concentrating, in a single place, all the efforts to make the changes.

In this update, the Knowledge Management has been improved so that the user, who does not have a login and password, can also get access to the knowledge base information; in addition to that, the searching in the Knowledge Portal/User Guide has become more effective with the use of tags.

The Asset and Configuration Management, regarding the CMDB, there was a visual redesign of the layout, thus allowing the user to have better control of the entire process of managing configuration items.

In this update, the Ticket Management, in addition to tasks already achievable in the previous version, acquired a new layout in the registration of service, with new groups of features, giving users greater agility.

﻿CITSmart's new task-oriented tool brings the idea of simplifying the whole lifecycle of a task/service in one place. As its name suggests, Simple seeks to streamline even more the daily life of an organization, with greater and better visualization of a process and control of those involved.

In this version, CITSmart innovates by providing users the possibility of customizing, with the characteristics of their organization, a portal with the information necessary for the proper functioning of the company. This is done in a simple and accessible way, allowing the client greater autonomy within the system.

In this version, besides going through a reformulation, the use of artificial intelligence (Anuva) was incorporated into the chat feature, in order to enable automatic attendance, without the need for human interaction.

Version 9 presents a more inclusive Knowledge Portal with more efficient searches. It is possible, henceforth, for a user to access the functionality without being logged into the system and search for articles with more refined filters, such as tags (keyword).

In this update, the Neuro application engine has been enhanced to enable the generation of various features, such as the creation of complex forms, widgets, advanced flow building, among others.

﻿CITSmart, always connected with the needs of its clients, launches a new application called "CITSmart GO", which allows the management of attendances made by field technicians in offline mode, allowing the clients to make their work in an uninterrupted manner.

In this version, several functionalities have been implemented to allow the creation and maintenance of flows, in a faster and more versatile way. In addition, it is possible now to import BPMN flows and use subprocesses.

It is now possible to create questionnaires and apply them in different scenarios (internal and external surveys) and also in the evaluation of services.

This feature has been completely redesigned, which makes it possible to quickly create forms.

It was developed to analyze data from cognitive intelligence in order to optimize the management of processes, such as Ticket Management, Change Management, and Knowledge Management.

It allows the integration with the Saiku tool, which enables fantastic analysis of the CITSmart Experience data, allowing the creation of dashboards, panels, and reports.

Integration with the IBM Watson solution, allowing the usage of cognitive intelligence in CITSmart workflows.

This feature has been improved, enabling the collection, through attributes, of various information made available in the active directory.

Integration of Saiku with CITSmart Analytics. 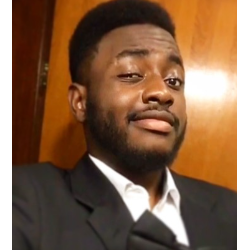 |
Updated 20 Jan 2022
Did this page help?
Yes
No
UP NEXT
Initial Settings
Documentation powered by archbee

|
Updated 20 Jan 2022
Did this page help?
Yes
No
UP NEXT
Initial Settings
Documentation powered by archbee